The jury has returned a verdict in the Kyle Rittenhouse case.

Kyle Rittenhouse drew national attention after killing two attackers and injuring another in self-defense during ongoing riots and unrest in Kenosha, WI, in the days following the police shooting of Jacob Blake.

In August of 2020, Kenosha police responded to a 9-1-1 call from Jacob Blake’s girlfriend after Mr. Blake showed up at her residence in apparent violation of a restraining order. As police attempted to apprehend Mr. Blake — who at the time had an outstanding warrant for sexual assault, disorderly conduct relating to domestic abuse, and trespassing — he resisted with force and produced a knife. Police opened fire and Mr. Blake was seriously wounded. A neighbor recorded the incident, and the video quickly went viral.

Neither the Kenosha County DA nor the US Department of Justice elected to press charges against the officer who shot Jacob Blake. The officer returned to regular duty without incident.

Notably, each of Kyle Rittenhouse’s attackers had serious criminal histories. One attacker was a prolific child rapist, the other had a long history of violently abusing women. The surviving attacker also has a criminal past, his involving firearms. More details on the attackers can be found here.

Ultimately, the outcome of this case is good news for America as a whole, bad news for progressive Democrats as a movement, and an all around losing situation for the residents of Kenosha, who have been forced into the unfavorable position of enduring life in a flashpoint of American decline. 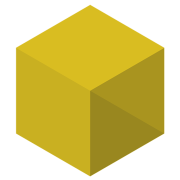