The Director of the Centers for Disease Control and Prevention (CDC) made it clear recently that her agency would be focusing on ways to “reduce gun violence” through “research” into gun deaths and injuries.

Dr. Rochelle Walensky breaks from her predecessors in this area, as “health” research related to firearms has been largely avoided by CDC since the ’90’s, after the NRA correctly identified the subject as a plot to erode gun rights and effectively lobbied for CDC’s research budget to be reduced the last time the issue came up.

But the NRA these days is a paper tiger, and progressives know it.

The CDC — which you should be looking at very differently after the last year and a half — will likely be the be the next axis of attack that anti-freedom activists and progressive politicians take in their goal to disarm the American working and middle class.

The progressives have figured out that CDC can be used as an offensive tool to end-run the routinely gridlocked legislature. (Maybe they watched Curtis Yarvin on Tucker.) The fact that evicting deadbeat tenants from your own home was made illegal by the CDC in recent memory should give anyone who cares about firearm ownership concerns about the agency’s unchecked power.

From a legislative standpoint, this type of executive threat to gun owners is real, and the threat vector is new and unchecked. It’s a risky move, but the anti-freedom activists and fake leftist crowd doesn’t have many other options, as their legislative efforts have not only consistently failed — they’ve routinely lost ground.

The simple fact of the matter is that gun rights have been slowly and quietly winning this battle for years. Most places in the US at this point are either shall-issue or allow constitutional carry. The 2008 SCOTUS ruling in DC v Heller affirmed that gun ownership is an individual right (unconnected from service in a militia) and prevented Democrat-controlled urban hellscapes from continuing to deny people the ability to defend themselves against the consistently high rates of violent crime that Democrats cause in urban centers.

A number of states and counties are “second amendment sanctuaries,” and states like Missouri even punish local and state cops for enforcing federal gun laws.

But the progressive bugman, knowing that he cannot win through legitimate means, will always turn to scheming and cheating to achieve his goals. This is where the CDC comes in.

In a subscriber-only newsletter earlier this year, I predicted this:

…I’m thinking that these ‘red flag laws,’ these ‘evidence-based community violence interventions,’ and these ‘reports on firearms trafficking,’ will probably all come together to paint a picture about public health, rather than the Bill of Rights.

And after the last year of seeing exactly how far the government can push public health mandates, I’m thinking that tying gun law to public health is a winning strategy for the Dems.

I think the progressives know that winning a 2A argument on traditional merits is a losing game. They’ve tried and they’ve lost, lost, and lost some more. I think we’ll see a pivot in their tactics under Biden.

Director Rochelle Walensky’s CDC is under the purview of the US Department of Health and Human Services, which, as readers know, is headed by former California Attorney General Xavier Becerra.

Becerra is a renowned anti-gunner, and has a track record of using political power to end-run legal norms to get his way. His “registration” website for gun owners in California was so “bad” that compliance with the state’s strict gun laws was practically impossible — an “error” so big that the California AG’s office had to settle in federal court over it.

In fact, I touched on this back in March, too:

…I don’t think the Biden admin tapped Becerra despite his apparent ineptitude at administering lawful systems, I think they picked him because of it. He’s willing to act in bad faith, to bend the rules, and to exploit the margins and gray areas in such a manner as to avoid tripping on his own laces.

After all, what’s Becerra’s punishment for doing such a ‘bad’ job? Well — DOJ is paying $151,000 in legal fees (nothing), and is “required after a 120-day public notice period to reopen assault weapon registrations for three months to give those who tried to register before the 2018 deadline to do so free from being penalized.”

Becerra’s “incompetence” essentially delayed the ability of citizens to lawfully register their firearms for three years. Who knows how many people were deterred from legal firearms ownership because of this?

Coincidentally, Becerra was just confirmed by the Senate as the new head of U.S. Health and Human Services.

My point with all of this is that CDC Director Walensky is a political newcomer and a stooge, but her’s is an agency of Xavier Becerra’s Health and Human Services Department. And Xavier Becerra has a track record of simply abusing government power at the expense of law-abiding citizens, particularly gun owners. Be prepared to watch Walensky carrying out the bidding of Becerra and Biden’s advisors instead of actually focusing on, you know, disease control and prevention.

When Walensky says “something has to be done,” one shudders to think what her and her handlers may have in mind.

Think about what’s happening right now in terms of public policy targeting unvaccinated citizens and consider how it could be applied to firearm ownership. Health insurance penalties for gun ownership? Allowing employers to lawfully discriminate against gun owners? Who knows?

But one thing is probably a safe bet: anything that CDC Director Walensky does regarding guns will be in service to Becerra and the greater Biden administration’s plans to illegitimately dismantle the victories that gun-rights advocates have been steadily winning for decades. 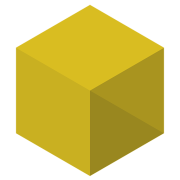